“Today, everything requires passwords, passcodes, security questions, and user names. Imagine being able to skip this process entirely and sign in to your corporate network or a private database with only your fingerprint, or by clicking a button on your phone or smart watch,” Bill O’Hern, SVP and Chief Security Officer, AT &T.

Accessing the entire corporate network using just your fingerprint sounds futuristic, but it is actually happening now! Swiping your finger is going to become your main sign-in mechanism in the coming days. The technology which is leading this transformation in authentication processes is known as Biometric Single Sign On! 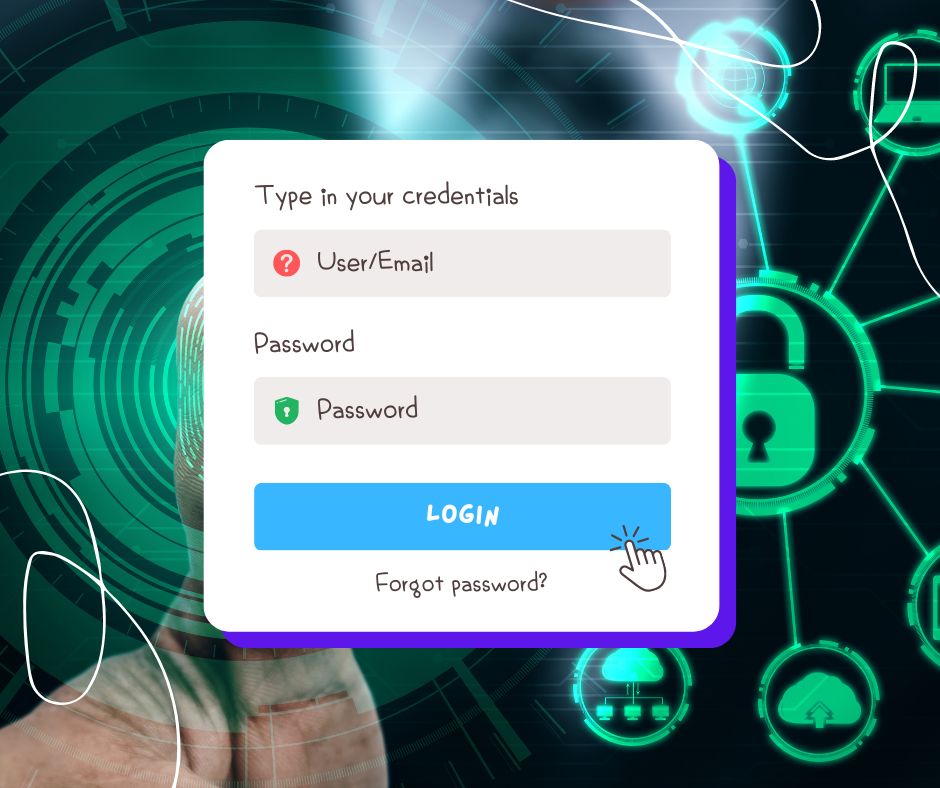 The unique nature of a fingerprint makes it ideal for use in biometric Single Sign On systems. 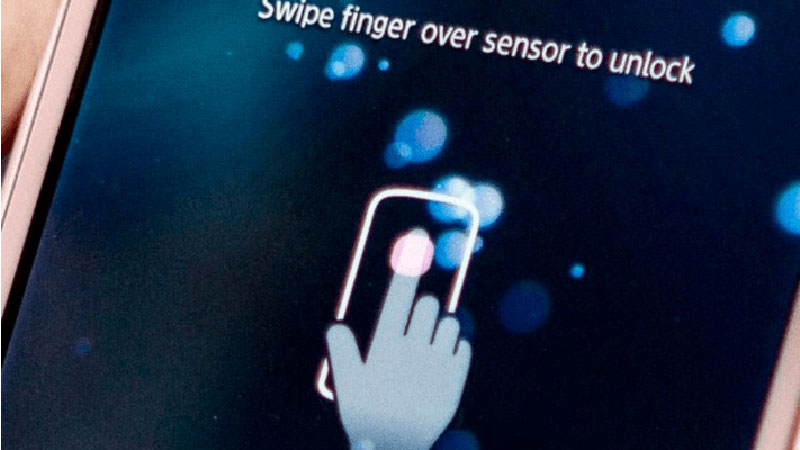 Fingerprints are the most widely used biometric feature as sign-in mechanism. 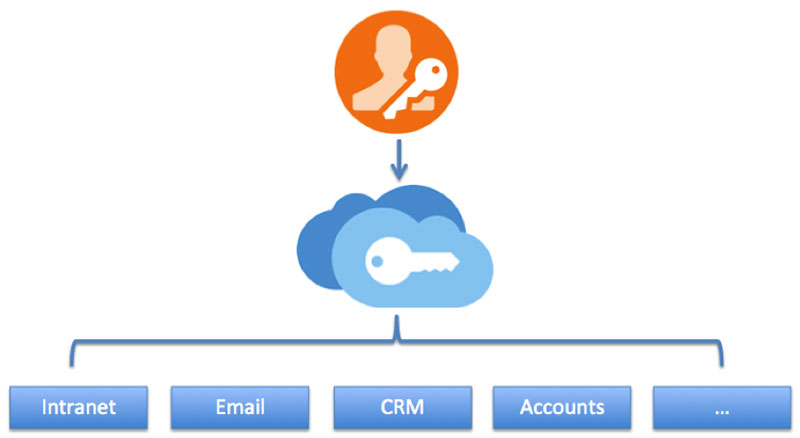 Single Sign-On is an authentication process, in which the user can login into one screen name and can access multiple applications or websites with the same single credential.

Technically, Single Sign On is accomplished by using a central policy server which holds the access credentials for all users eligible to access the group of applications participating in SSO. Once the user logs into one of the applications, then his session is propagated across to different applications which have agreed to shared his single signed on session.

It is the central SSO server’s responsibility to take care of access management among the whole group of applications. The central server takes care of managing the user session across multiple applications. It also sends across a part of logged in user’s data which might be needed by the application he is logged in to. Thus, a Biometric Single Sign-On(SSO) authentication and access management system combines the best of both biometrics and SSO.

The biometric characteristic which is currently most widely used and acceptable due to its economic cost and satisfactory performance is the fingerprint.

Person authenticates himself for a single online application (App A) by swiping his fingerprints on a fingerprint scanning device.

If a match for the fingerprints is found then the central server sends a message back to the App A’s application’s server with the information that the authentication has been successful or not. It also sends basic user details to App A which the application may need to display to a logged-in user such as his name and designation.

App A successfully logs in the user, by taking him into a logged-in flow, if authentication is successful. (If the user is not authenticated, then he is shown a regret message and not allowed to access App A and the login process terminates.)

User works on App A for some time and then tries to access App B.

App B is part of the SSO group of applications. App B sends a request to the central server asking for session information for the user logged in.

App B allows the users to access itself. It does not ask for access credentials i.e. fingerprints from the user again.

Important aspect to note in the process of biometric SSO access management is that the steps 7 and 8 are completely transparent to the user. To him it seems like the moment he opened App B, he was provided access to it.

Biometric Single sign on (SSO) makes logging in to a platform, application or website quicker easier and safer, and so offers considerable benefits.

For a long time, access control has relied on passwords. Passwords are inherently insecure for the simple reason that they can be shared between people. This sharing can be intentional when a person tells his password to someone. Or, it may be unintentional as often written passwords are stolen or copied. In addition, password recovery options provide another way to gain access to them. Simply by gaining access to a few personal details of another person or by hacking into his email, the forgot password or reset password workflows can be broken into. The password for the person is then easily retrieved.

Biometrics SSO is high in accuracy

With the advancements in biometric technologies such as fingerprint and iris scanning, the false acceptance rates and the false rejection rates have reduced to insignificant levels. The convenience and security of using biometric traits for authentication coupled with accuracy makes its a worthwhile investment.

World over organizations have suffered huge losses due to stolen or hacked passwords. Although the cost of setting up a biometric SSO system is high, but this is easily offset by the money saved due to password-based security breaches completely coming to a halt.

In addition, the cost of setting-up a biometric SSO system can also be spread across different security and authentication areas within the organization. Areas such as physical access control, timekeeping and attendance, and even employee movement monitoring can use the central biometric authentication system’s assets.

For example, the same central server can be used for storing the enrolled biometric data. The same database can then be used for all security applications across the organizations. This way the cost of initial setup of a biometric access control system can be spread across SSO as well as other areas. This piggybacking on the central database by all departments would definitely result in huge cost savings in the long term.

Ease of operation is high with Biometric SSO

Passwords are tough to remember. People usually end up creating password encrypted spread sheets to store all their passwords. Not only is it risky, it is frustrating and time consuming for the end users.

If the password is lost, one needs to go through forgot password workflows. Such workflows sometimes are not able to send the reset password links or a new temporary password instantaneously. Such inordinate delays in accessing their applications, or even their workstations, affect the productivity of the employees.

Biometrics, on the other hand, gives complete peace of mind as one cannot forget a finger at home or find himself robbed of it. The ease with which a fingerprint scanner works effectively every time, makes negotiating even multiple levels of security a breeze.

With traditional security mechanisms such as smart cards or passwords there is a need to provide maintenance and support workflows. Such support processes resolve incidents such as system lockouts or urgent password resets over calls. To have such processes in place it necessitates the need to set up support teams which end up being large in size for big organizations.

With biometrics, such support and maintenance requirements are not there. The only areas where maintenance will be required is if a fingerprint scanner starts malfunctioning. The support team for such occurrences would be significantly low in size as compared to the large team sizes for password or smart card based authentication systems support.

The convenience of using biometric authentication mechanisms is further improved via ‘one login for all applications’ feature of a Single Sign-On solutions. A single scan of the biometric feature such as a fingerprint will enable the user to access all the systems he needs to work on. In case of session timeouts, he just needs to swipe his finger again. A biometric SSO system is thus very high on user convenience.

Biometric Single Sign-On systems are thus an efficient combination of the accuracy and security of biometrics with the convenience of single sign-on. Biometrics as a field is maturing now and is bound to grow exponentially in the coming years. A system built on biometrics will have a long serving period and the cost of installation and maintenance will turn out to be much less over the life of its usage.

Given the amount of losses organizations are suffering due to hackings and breaches in their internal security systems, an investment in an enterprise-wide Biometric Single Sign-On solution is sure to deliver rich dividends in the years to come.