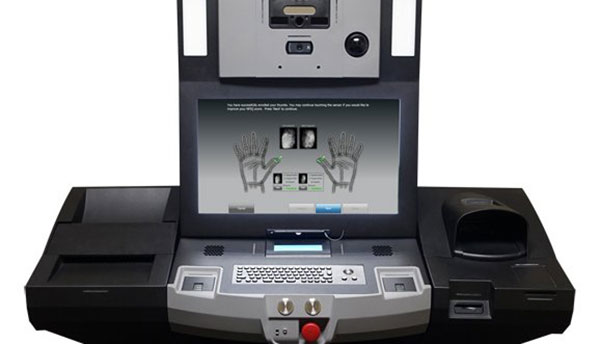 The most important thing to remember about biometric coprocessors is their ability to use multiple biometric modalities which together must authenticate a person. Thus, any one biometric matching that in the stored records, is not enough to allow a person to get through.

This capability of biometric coprocessors to authenticate multiple biometric characteristics thus places them in the category of multi-modal biometric systems albeit a standalone one.

Uni-modal biometric systems use a single mode of biometric authentication which makes them susceptible to various shortcomings, such as –

Individual biometric identifiers and their efficiency

The below table illustrates the various biometric identifiers which can be used for authentication evaluated with respect to their distinctiveness, ease of collection, their performance and probability of fraud happening.

The purpose of all the above mentioned physical access control systems is same but their application and use varies based on the security needs of the organization implementing them.

With their use of multiple biometric modes for authentication, biometric coprocessors have been steadily gaining acceptance for extended physical access control.

Some of the unique advantages that biometric coprocessors offer are –

Liveness detection is the feature of biometric access control systems where they are able to distinguish between real, or live user, and a fake copy being held in front of them. With biometric coprocessors and their use of multi-modal biometric authentication it has now become possible to check for liveness. The probability of a fraud attempt causing an access breach is considerably reduced when the user’s multiple biometric identifiers are checked for authenticity. The degree of difficulty of spoofing, and the increase in chances of detection, increase in direct proportion to the number of modes of biometric protection.

The inherent problems of users spoofing the system by duplicating a particular physical characteristic generally leads to a layer or layers of physical security being added to nullify such efforts. Such layers or barriers of physical security are now becoming redundant due to the users being subjected to multiple biometric identification which renders the possibility of fraud near impossible.

More value for money as compared to traditional security systems