Here is a list of compatible scanners for SWFT+ enterprise system for centralized collection and distribution of electronic fingerprints for applicants requiring a background check.

Please Note: SWFT+ is different from SWFT. If you are using SWFT (and not SWFT+) then you would need our SWFT Applicant System. 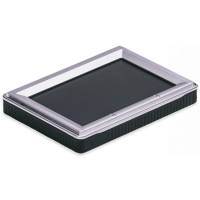 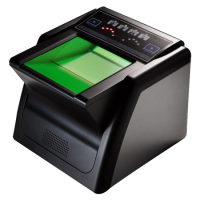 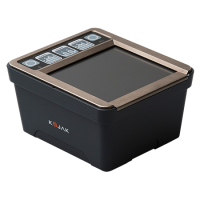 About SWFT Plus enrollment

SWFT Plus Enrollment (SWFT+) is a web based system to enable collection of fingerprints using a web application that can run on a browser. SWFT+ is administered and maintained by Defense Manpower Data Center (DMDC), a government agency which is accountable for capture and maintenance of personnel data of the U.S. Department of Defence (DoD).

SWFT Plus allows using existing fingerprint capture workstations by standardizing the process of capture, storage and transmission of electronic SWFT fingerprints. SWFT+ makes it possible to capture personnel biometric data once and share it across different agencies and facilities. It also eliminates the need of manual paper-based fingerprint capture and all the shortcomings associated with it, resulting in expedited process and enhanced reliability.

The U.S. Department of Defence employs a large workforce spread across the planet and processes thousands of new employment applications every year. It has a number of departments, facilities and bases across the world, making personnel screening and security of PII a daunting task.

SWFT+ enables DoD to perform unified, quick and efficient background screening of applicants across its departments, agencies and bases. Using web application to capture and submit fingerprints results in effortless yet secure collection and distribution of biometric details of the applicants throughout DoD departments and agencies.

DoD successfully ran a pilot of SWFT+ in the Department of Army and then rolled out the system for department-wide use. SWFT+ is designated to be used across Army, Air Force, Navy and Marine Corps for personnel screening for DoD’s military as well as civilian positions.

SWFT+ system is made of two major components

This data is collected by a server-side application and integrated into standard FBI electronic biometric transmission specification (EBTS) files. EBTS files are forwarded to the SWFT system, which are eventually transmitted to target agencies to perform screening.

Advantages of SWFT Plus