Biometrics is generally known as a technology powered identification / authentication approach that uses a subject’s inherent characteristics to recognize them. However, a lesser known but powerful and widely deployed application of biometric technology is surveillance, which leverages biometric cues of target population to spot the subject(s) on surveillance.

This article sheds light on use of biometric technology in mass surveillance applications and restrictions on such programs that are taking place globally due to privacy concerns. 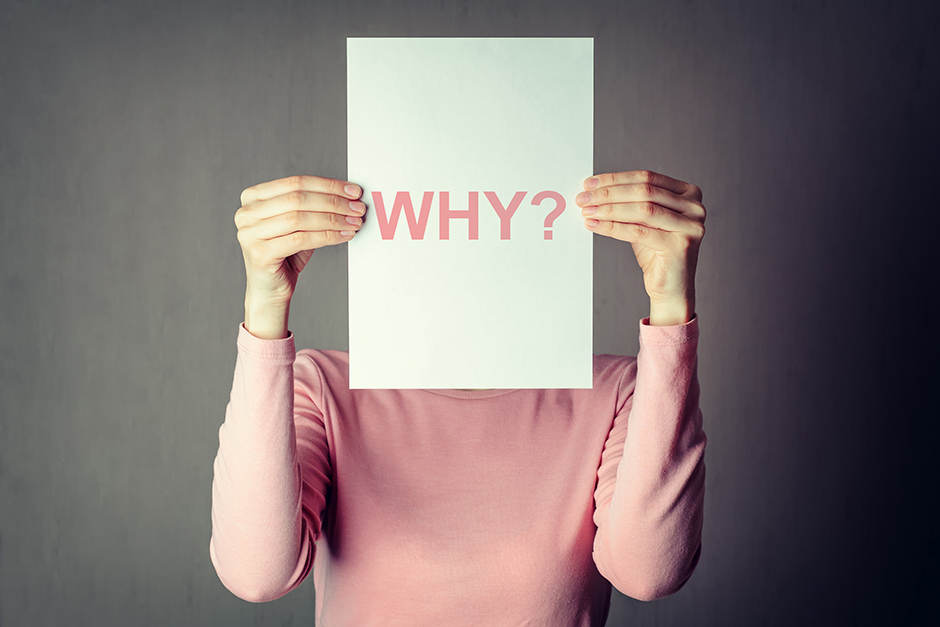 What is a biometric surveillance system?

Why biometric surveillance is required in the first place?

Surveillance systems can be installed privately for securing home, a facility and or in an organization to implement physical security. They are prominently used by law enforcement and intelligence agencies to watch over and spot subjects on surveillance to ensure safety and security. Surveillance cameras have been in use for a long time to watch over public places and sensitive areas in real time as well as to record the incidents taking places in those areas.

Surveillance, when done on a large target population (mass surveillance) can be a complex endeavour. Surveillance requires continuous monitoring and with traditional methods (which requires human intervention for monitoring), efficient surveillance can be a challenge. Mass surveillance applications generate a lot of data and without the proper automation in place, processing it can be very time consuming. Biometric surveillance enables law enforcement and intelligence agencies to automate identification of subjects on surveillance.

Face recognition has been widely deployed with video / CCTV surveillance. Face biometrics offers distinctive advantages that makes is the most suitable biometric modality for surveillance applications.

Except some cases (e.g. twins, people with facial resemblance, etc.), each individual has a unique face and set of facial features, which forms the basis of biometric face recognition. Face recognition is already in use for a variety of identification, authentication and access control applications. For law enforcement biometric surveillance systems; it offers some unique benefits, which are not offered by any other biometric modality.

To be used in mass surveillance, a biometric modality should be able to recognize individual from a distance, which is now possible with high resolution surveillance cameras. It has now become possible to capture facial details of people even in challenging conditions. Highly efficient face recognition algorithms specially designed for law enforcement applications can extract facial features of a subject even from imperfectly captured images. 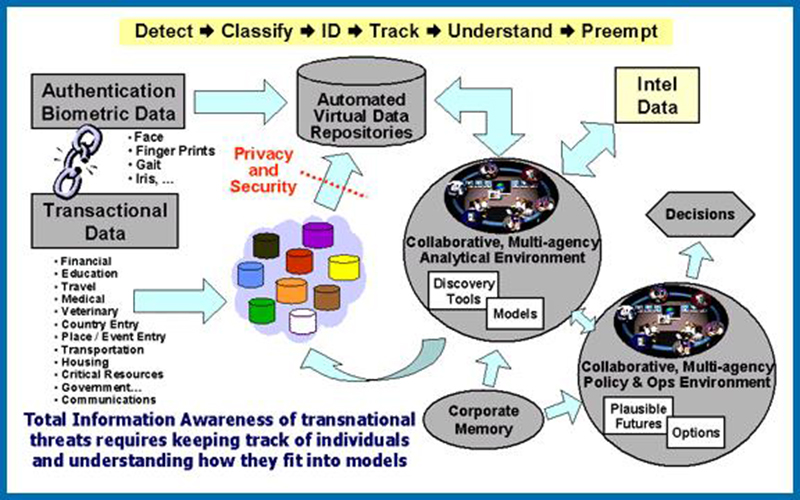 After a short run, the program was renamed as the Terrorism Information Awareness. The program was meant to search and collect all sorts of personal information to identify terrorists around the globe. TIA comprised of several components and it was able to collect biometric information like fingerprints, gait, face and iris data along with several other non-biometric cues.

Operation Virtual Shield is a biometric surveillance program running in the U.S. city of Chicago. This program was initially deployed as camera surveillance project, facial recognition ability was incorporated later to enhance the efficiency of the system.

Increasing awareness about global surveillance programs and use of biometrics in these projects have not only enraged people but also raised privacy concerns around the world. Disclosures of classified United States government surveillance programs by whistleblowers and widespread coverage of these revelations have also made people express their disagreement about such programs.

Face recognition is arguably the most used biometric modality for watching over the people. Privacy concerns over face biometrics in social media apps  and their extensive media coverage have also increased awareness how it invades privacy. Surveys suggest that people do not like and want to be watched over, which is why concepts like anonymity on the web and Right to be Forgotten are being included in the new data privacy laws.

Many international bodies and privacy advocates have expressed concerns about the severity of surveillance programs around the world.

International Civil Liberties Monitoring Group (ICLMG), in collaboration with civil liberties groups and trade union partners, issued a report on February 10, 2010, denouncing abusive border control measures and human rights violations of travelers. The report, which is based on research and testimony collected through this website, sheds light on the true consequences of “enhanced” border control measures, no-fly lists and other government monitoring lists on people.

The report raised serious concerns about the upcoming implementation of the new US Secure Flight regulations or any similar program that the Department of Public Safety is developing in the privacy of parliamentarians.

The report also describes all of the extremely complex traveller safety programs that use new technologies that only a few years ago were science fiction. These programs allow governments to establish the risk rating of travelers, as well as to collect and store more and more personal information.

After long and unceasing efforts by lobbyists, activists and privacy advocates, the government authorities have started to acknowledge the real concerns behind surveillance using facial biometrics. This has resulted in prohibition on the use of face recognition technology for surveillance in several regions and cities around the globe.

In May 2019, San Francisco became the first city in the United States to ban the use of facial recognition by the local agencies. The 8-to-1 vote by the city’s Board of Supervisors will forbid public agencies from using the artificial-intelligence software to find the identity of someone based on a video clip or photograph.

In July 2019, the U.S. city of Oakland also banned the use of facial recognition. The city passed an ordinance that prohibits the use of the technology on the grounds that it is often inaccurate, potentially invasive and lacks standards.

Experts and policy advisors suggests that this is just the beginning and that more regions will follow the lead.

Face biometrics’ invasive nature has led to the ban on the use of this technology in many regions and many more are expected to follow. On the other hand, use of biometrics for surveillance has become a necessity due to increasing criminal and terrorist threats. Ban on face recognition has pushed experts to look for other ways of positive biometric identification of criminals, terrorists and other subjects on surveillance.

Fortunately, biometrics offers a large portfolio of modalities and there are many other human physiological and behavioral traits that can be used to surveil subjects.

Following are the biometric technologies that are expected to fill the gap left by global restrictions on face recognition:

In surveillance applications, putting on-body sensors on a subject is not possible; however, sensor data captured by phones, wearables or other smart devices carried by the subject can be leveraged to enhance confidence in identification. Experts are also experimenting with radars for gait recognition, which is expected to return better accuracy than camera based systems.

Future Attribute Screening Technology (FAST) is a program launched by the Department of Homeland Security to spot a suspect that may have immediate plans to commit crime or cause disruption. This system screens people for psychological and physiological indicators like pulse rate, skin temperature, breathing pattern, body movement, facial expression, pupil dilation, etc. It also analyses several other psycho physiological and behavioral attributes to get a hint of malicious intents of a hostile subject.

FAST can be particularly useful in watching over places like airports, borders and areas where disruptive activities can be carried out by an identified subject.

ECG biometrics relies on small electrical changes that take place during the heartbeat of a person, which are considered unique to an individual. ECG (Electrocardiography) biometrics is being seen as the potential tool for biometric surveillance with research and prototyping of the system is already underway.

United States Department of Defense has developed a device named “Jetson”, which can identify a person with his/her heartbeat. It uses laser vibrometry to detect movements on the surface of the skin caused by a person’s pulse. This device can pick a subject from a distance up to 200 meters and can detect heartbeat through typical clothing.

Radio waves are omnipresent. They are emitted by wireless communication equipment such as cellular antenna, Wi-Fi devices, GPS satellites and even by distant stars and galaxies. Radio waves are all around us. Human body absorbs some amount of these waves and also reflects some part of them.

A study conducted in 2018 at the University of California by a group of researchers suggests that each individual’s body reflects these radio waves uniquely and this unique pattern of reflection can be measured to identify that individual, once his/her identity is established.

Behavioral biometrics using affective computing can analyse facial expressions, rate of speech, posture, tone and pitch of their voice, and other behavioral traits to identify a subject from a distance.

Global surveillance has reached its tipping point in terms of invasion of privacy. From personal devices to public places every movement of people can now be tracked.