The New ATF Form 4473 Revision – What has Changed? 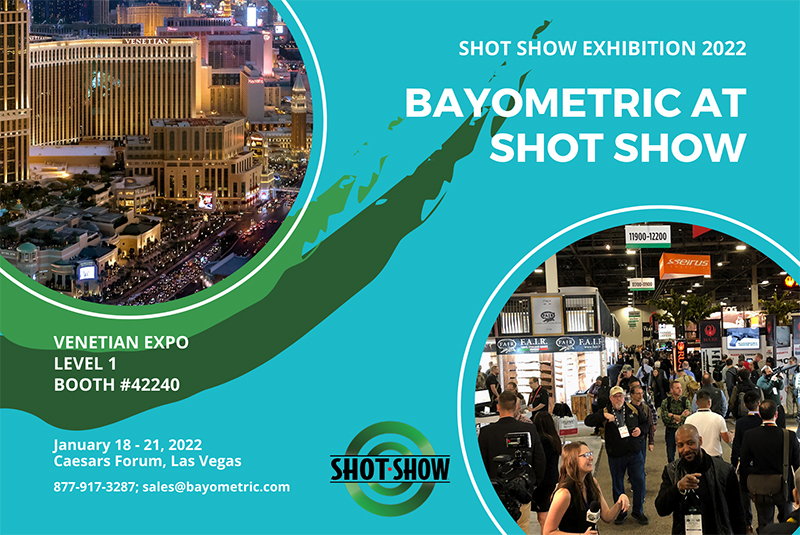 Your gun purchase depends on whether you are not prohibited to own a firearm by Federal or State law, provide accurate information in ATF Form 4473 and pass your background check. In any case, your eligibility for getting a firearm in the United States depends on different factors including age, background, etc.

Your probability of getting a firearm (within the legal boundaries) may vary state to state, however, if you are a convicted felon, suffering from mental illness, have faced charges such as domestic violence, etc. and a few other factors will disqualify you from purchasing a firearm in the most U.S. states. Some states may have stricter rules, while others may be comparatively lenient. 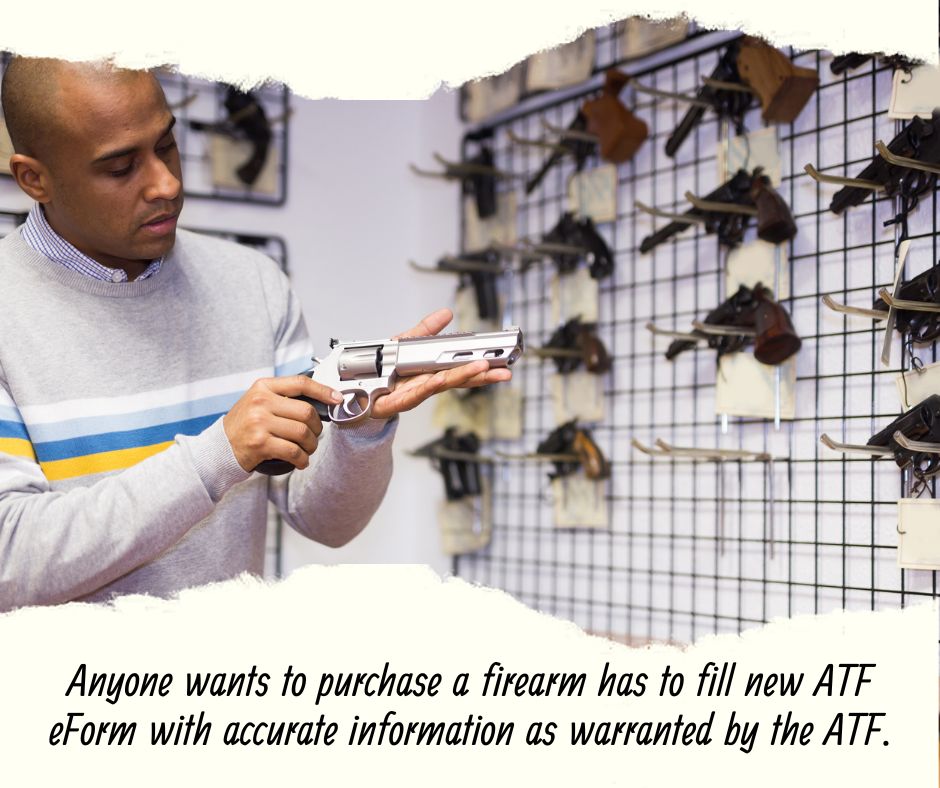 The ATF (the agency responsible to regulate alcohol, tobacco, and firearms in the United States), keeps updating its procedures and rules from time to time in order to make them more efficient as well as relevant. In 2020, the agency introduced a new ATF Form 4473, after making several changes in its previous 2016 version.

This article highlights the significant changes made to the 4473 Form and how the new ATF eForm has been restructured.

ATF 4473 eForm (aka electronic ATF Form 4473) is the Form that needs to be filled when someone intends to purchase a firearm from an FFL (Federal Firearms License) dealer. FFL is a license issued by the ATF, which enables individuals or organizations to legally operate the business of firearms and explosives, for example, to operate as a gun dealer in the U.S.; you need to be a Federal Firearms License holder.

ATF 4473 Form is the only acceptable documentation of the transfer of a firearm to a customer based on the regulations set forth by the ATF. Therefore, it is imperative that this legal document be completed accurately. ATF 4473 Form is a six-page document that requires the customer and the FFL dealer/clerk to complete different sections provided in it, carefully document the identity of the customer and the firearm to be transferred.

Just like its previous versions, the New ATF Form 4473 is divided into different sections (such as sections A, B, C, and so on) and anyone proposing to purchase a firearm has to fill it with accurate information as warranted by the ATF. ATF Form 4473 is available to download online, and it has to be filled and submitted for further processing when you intend to go ahead with your firearm purchase.

ATF changes Form 4473 from time to time in order to make it more comprehensive, relevant as well as easy to understand by the customers as well as FFL dealers. These revisions generally include relocation of different fields and sections; change, addition, or deletion of different items; new instructions of changes in existing ones; new definitions or changes in existing definitions, etc.

Here we have listed some of the notable changes that took place in the ATF Form 4473 revision in recent history.

In 2016, ATF introduced several changes in the ATF 4473 Form and made the new version available in November 2016. Prior to this, the revision had taken place in April 2012, so after more than four years, it was a well-deserved revision.

Following are the major changes that were made to the ATF 4473 Form:

The new Form also included a warning statement mentioning that the Form is to be filled at the FFL site unless the transaction qualifies under 18 U.S.C. 922(c).

Form 4473 revision of 2016 also included several minor changes in Section A, such as the incorporation of State of Residence in question 2, which were included in Question 13 in the 2012 version. Question 6 in the Form was changed to “Sex” instead of “Gender”. Several other questions were either revised or regrouped in Section A. The new ATF Form 4473 also clarified the “repetitive purchase of firearms for the purpose of resale for livelihood and profit without a Federal firearms license in violation of Federal law.”

One significant change in this revision was the addition of a warning stating that the use of marijuana is illegal under federal law even if it has been legalized by state law.

Section B of the new ATF Form 4473 (2016 version) also witnessed several adjustments. For example, Question 20.b of the 2012 version was moved to Question 18.b and changed to “Supplemental Government Issued Documentation (if identification document does not show current residence address)” Similarly, Question 20.c were moved to Question 18.c and changed to “Exception to the Non-immigrant Alien Prohibition: If the transferee/buyer answered “YES” to 12.d.2 the transferor/seller must record the type of documentation showing the exception to the prohibition and attach a copy to this ATF Form 4473.”

There were also other minor changes in this section such as the inclusion of a checkbox “Overturned” transactions in Question 19.d, which used to be Question 21.d in the previous version of the ATF 4473 Form.

Section D of the new ATF 4473 Form also witnessed some significant changes. Section D’s header now included an instruction that even if no transfer of the firearm(s) took place, it was essential to record its information. Question 26 was renumbered as Question 24 and changed to – “Manufacturer and Importer (If any)”. This change was made in order to reflect the language in 27 CFR 478.125(e).

Questions 26 to 30 from the 2012 version were renumbered as Question 24 – 28 and line 5 was removed and line numbers were added instead. The section also added “REMINDER – By the Close of Business” for multiple sales, at the sentence beginning.

The ATF also changed the text in the “Purpose of the Form” which added the following paragraph:
“Generally, ATF Form 4473 must be completed at the licensed business premises when a firearm is transferred over-the-counter. Federal law, 18 U.S.C. 922(c), allows a licensed importer, manufacturer, or dealer to sell a firearm to a non-licensee who does not appear in person at the licensee’s business premises only if the transferee/buyer meets certain requirements. These requirements are set forth in section 922(c), 27 CFR 478.96(b), and ATF Procedure 2013-2.”

Currently applicable version of the ATF 4473 Form is based on November 2020 revision, which we have covered in the subsequent sections:

The Latest ATF Form 4473 revision took place in the month of November 2020. In its latest revision, ATF incorporated several changes, which include edits, additions as well as deletions of several items.

Here we are listing the most important changes that took place in ATF Form 4473 revision in 2020:

ATF also added the following section – “Any person who exports a firearm without proper authorization from the Department of Commerce or the Department of State, as applicable, is subject to a fine of not more than $1,000,000 and up to 20 years imprisonment.”

Former Question 1 (Transferee’s/Buyers Full Name), Question 2 (Current State of Residence and Address), Question 3(Place of Birth), Question 6(Sex), Question 9(Unique Personal Identification Number), Question 10.b (Race), Question 12.a (Country of Citizenship) were relocated to Question 9, 10, 11, 14, 17, 18.b, and Question 19 in the 2020’s revision after applying the changes.

Section D, where the applicant certifies his/her responses to be true, saw some minor changes in text and addition of Month/Day/Year blocks for the Recertification Date field.

Section E also went through the addition, removal, and change of text in certain questions in order to make them more comprehendible.

Different definitions, instructions, and notices included in the Form were also revised in order to make them more relevant to the current scenario.

All the details of the changes made in Form 4473 can be found on the ATF official site by clicking here.

Approval of firearms transfer is a sensitive topic and the ATF keeps updating its procedures and practices in order to make the processes more secure, seamless, and relevant with the current scenario.

ATF Form 4473 revision is a part of this process and the agency has significantly changed different data fields, removed/added items, changed instructions and definitions in the latest – November 2020 revision of the “Firearms Transaction Record” i.e. Form 4473. These revisions impact FFL dealers as well as the customers, however, this is not the first time the agency has made such changes to Form 4473 and certainly not the last time as well.