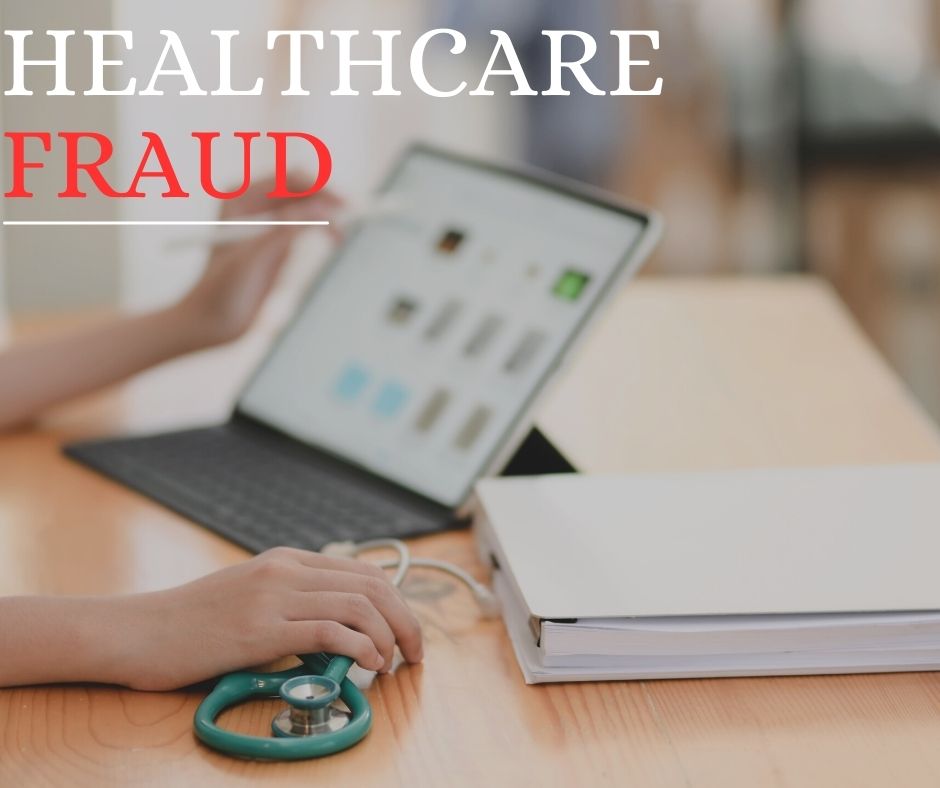 Image: Healthcare fraud can have a significant impact on insurance companies.

What is healthcare fraud?

According to American Association for Justice, a non-profit advocacy and lobbying organization for plaintiff’s lawyers in the United States, some of the country’s biggest insurance firms spend billions of dollars on advertising to gain trust of the customers and then engage in fraudulent practices of denying claims, even when claims are genuine and should have been passed.

Fraudsters may formulate many schemes to defraud the health insurance process and receive unlawful benefits from the healthcare insurer.

Following are the common types of health insurance frauds:

It is a fraudulent practice by a healthcare outfit or healthcare workers, in which claims are made for services or procedures that never actually took place. This fraud is carried out using data of insured individuals. In this type of health insurance fraud, fraudsters obtain information about health insurance policies and present this data to insurance companies with bills of allegedly performed treatment. Identity theft is a common element in these types of health care fraud cases.

The insured is prescribed the most expensive treatment, medications, examinations, etc. so that the healthcare outfit can make claim more money out of the treatment.

There are frequent cases in which healthy people are given false diagnoses, non-existent neoplasms are cut out, and almost healthy teeth are removed.

In order to pump out as much money as possible from the patient, doctors falsely diagnose non-existent diseases. This leads to unnecessary treatments of a totally made up disease, which can further lead to serious ailments, and even death. Now that private clinics are at almost every turn, a huge number of doctors are trying to make money on illnesses and fears. The practice of so-called “kickbacks” from pharmacies and laboratories is widespread. For each paid prescription or medical examination passed, the doctor receives a percentage as the commission. Higher the cost of the tests / medicines, more the commission for doctors.

This method is used in staging an insurance event related to a medical error that caused harm to a patient. In this case, the patient should be compensated for by the insurance company in which the physician’s professional liability insurance contract was concluded.

In this scheme, non-covered treatments are falsified for something else and the insurance company is billed for the same. For example, cosmetic surgery treatments are usually not covered in health insurance policies. To circumvent this, a healthcare professional can bill for similar but covered surgery.

Repayment for unused funds under the health insurance policy

The schemes to receive payment for unused funds under the compulsory medical insurance policy, is another newly invented method of fraud. Fraudsters use all means of communication: they make phone calls, write e-mails, text on messengers, publish appealing announcements on social networks and on thematic health pages to get your unused health insurance money back.

People are invited to go to the websites of non-existent organizations, fill out a form and find out the amount of unused health insurance fund can be returned by the insurance company. But in order to receive it, holders of the health insurance policy are offered to enter bank card details and pay the registration fee, which is kept way lesser that what could be returned by the insurance firm. People do get trapped in these schemes, while the truth is that it is not possible to monetize insurance premiums under the compulsory medical insurance policy.

Medical care in the United States is the most expensive in the world, so healthcare insurance fraud schemes attract corrupt medical professionals as well as customers as gains are high. Numerous cases of health insurance fraud have been uncovered around the world.

According to a report published by the U.S. Department of Justice, DoJ agents charged 91 suspected defendants, including doctors and other medical workers. There were charged for their alleged involvement in Medicare fraud schemes. US Attorney General Eric Holder believes that a total of $ 295 million has been stolen by medical professionals with false bills.

In 2019, the FBI and Department of Health and Human Services uncovered a $1.2 billion Medicare scheme and charged 24 individuals which included medical professionals, CEOs, COOs and others associated with five tele-medicine companies.

“The defendants took advantage of unwitting patients who were simply trying to get relief from their health concerns,” “Instead, the defendants preyed upon their weakened state and pushed millions of dollars’ worth of unnecessary medical devices, which Medicare paid for, and then set up an elaborate system for laundering their ill-gotten proceeds.”
Craig CarpenitoU.S. attorney for New Jersey

On Feb. 1, 2017, the US Department of Justice established that a Florida based urologist will have to pay more than $3.8 million for ordering unnecessary medical tests. He ordered more than 13,000 urinalysis tests that are only applicable to certain cases related to bladder cancer. The No. 1 referring physician in the country for the fluorescence in situ hybridization (FISH) test, this doctor had received $2 million in bonus payments from the lab that performed the tests.

In 2003, AstraZeneca plc., a British-Swedish multinational pharmaceutical and bio-pharmaceutical company pleaded guilty for healthcare fraud. Representatives of the AstraZeneca provided doctors with free samples of their own medicines. Unscrupulous doctors, in turn, prescribed them to their patients, and entered the full cost of medicines into the treatment bills paid by the insurance companies.

The scheme, invented by the specialists of AstraZeneca, was simple, but worked efficiently. By supplying their Zoladex drug free of charge, they persuaded oncologists to prescribe it to patients suffering from prostate cancer. Thus, doctors made a profit from the sale of “probes”, and AstraZeneca sought to increase the fame of its products. As a result of an investigation by the US Department of Justice, two therapists were found guilty of fraud, and the company itself was fined $ 354.9 million.

Fraudsters can use your health insurance information for…

This means all the services are availed and claims are raised in your name and your health information mixes with fraudster’s, which will affect your financial as well as medical records negatively.

If you come across a…

You may be a possible a victim of health insurance fraud.

Ability to use health insurance information with stolen identity is possible because of the loopholes present in the traditional ways of identity verification still used by health insurance providers. Since circumventing these identification methods is not very complicated, they impact insurance business as well as honest customers adversely.

Following approach can be used to make sure that only the insured person receives the healthcare insurance benefits:

Biometric identity verification should be performed by the insurance companies. This should be a part of standard insurance process to ensure that there is no element of identity manipulation. To enable this, biometric enrollment of the insured can be performed at the time of issuance of the policy or a central repository (e.g. govt. biometric database) of biometric information can be used. This process can be completed using a mobile biometric (face / fingerprint) enrollment kit to ensure customer convenience.

Before admitting the patient / starting healthcare procedures, a biometric identification can be performed. This can particularly be useful in the cases like emergency, elderly or unconscious patients or the patient who are not able to present their identity information.

The healthcare facility should be equipped with infrastructure and access to health insurance providers’ information systems, so that insurance information can be fetched with a biometric scan of a patient. Additionally, medical records of a person can also be linked with his/her biometric identity, making it even more convenient for healthcare facilities to initiate proper medical care.

Use of biometrics to curb health insurance fraud is already underway

Following are some of the examples:

Ghana has been using biometric technology for fighting fraud in its National Health Insurance (NHI) scheme. Before the introduction of biometrics for the registration of insured, NHI suffered with difficulties like multiple registrations, Fake ID cards used for raising fake / exaggerated claims, etc.

Fraudulent billing and ghost patients were also the common problems. In 2012, the NHIA started implementing a biometric membership system for a more reliable identification verification system. The NHIA engaged the same technical partner used for the centralization project to upgrade the associated ICT infrastructure for higher performance, security and reliability. Now problems associated with identification of insured is virtually non-existent and the country is able to save millions of dollars with the elimination of health insurance fraud.

According to a report published in ThePrint, an Indian media outlet, the government has de-empaneled around 100 hospitals and fined 25 million rupees (US$350,000) as they were engaged in committing fraud under the scheme. The new biometric identity verification of patient is expected to patch traditional health insurance identification pitfalls.