Why Governments are after Biometrics to Establish National ID Database?

It is not long ago that government issued identity cards were considered to be the ultimate tool for identity verification. They have not lost their significance at many parts of the world and are still used there for the same purpose. A government issued ID was more than enough to prove your identity within the jurisdiction of the issuing body. You could use it at government as well as at private outfits. However, things seem to be changing quickly now. Government issued ID cards and documents do not seem to serve their purpose lately. Holding a card is no more a guarantee that the card holder is the rightful owner of the card. With computer based editing tools and high quality printing available to everyone, criminal minds have been using technology to produce counterfeit identity cards, even those which come security features like over-laminated holographic, secure foils, etc.

Counterfeit IDs are misused for committing fraud, crimes and even terrorist activities. Inadequacies associated with ID card based identification made governments of various nations to seek for a securer, faster and ubiquitous method of identification, which is extremely hard to counterfeit. It eventually led them to the biometrics. 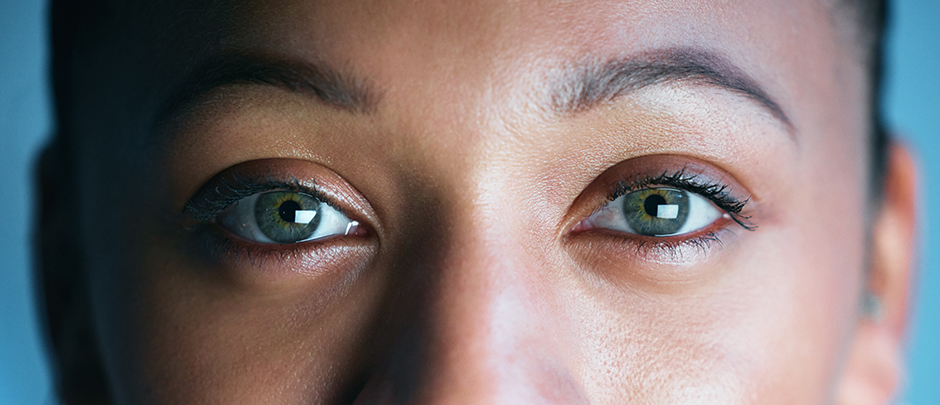 Image: An Afghani woman getting her iris scanned for national ID database

Where did traditional identification methods fail?

Traditional identification approaches like cards, tokens, badges or other possession based methods are fundamentally flawed. They rely on the fact that if you are in possession of a card, document or other government issued printed material; you are who the ID says you are. These methods did their job until technology was neither much developed nor as assessable as today. Now with high resolutions scanners, software based image editing tools and high quality printing available to everyone, it is not impossible to produce counterfeit IDs or badges. When fancy printing alone did not work, government started adding security features like with the ID cards, unfortunately they did not offer much help and were eventually subject to counterfeiting.

The issues mentioned above are not limited to ID cards or identity documents. Travel documents like passports have been forged despite the number of security features they offer. All this proves imitating secure documents have become very easy so they no more offer the level of security they used to. Consequences of ID and document counterfeiting can go a long way. It often leads to fraud and gaining unauthorized access. But they can also be as severe as threat to the national security and loss of lives. Counterfeited passports or other travel documents can be used for crossing borders illegally. Criminals and terrorists have been using such counterfeited documents to dodge border control agencies. Keeping this in mind, governments of several nations have mandated biometric passports and identity of travellers are verified by live scan and matched against what in on the passport.

What slows down the verification of tradition IDs?

Identity verification with biometrics can be further advantageous if the government maintains a biometric database of its citizens. Biometrics can be associated with national identity and verification can be performed anywhere to identity or authenticate subjects. With biometric based national identity, it becomes hard for imposters to steal identities, resulting in lesser numbers of frauds, crimes and terrorist incidents. It indirectly assists ensuring national security. Since number of records in a national biometric database can range from a few thousands to billions, seeking record with a biometric identifier alone can be a time consuming process. To overcome this, a unique identity number is also provided along with biometric ID. This number is used to fetch a particular biometric record, and then subject’s biometric sample is acquired to match against it.

Following are the major countries that are on their way to build a national biometric identity database:

India probably has the most ambitious biometric collection program called “Aadhar” (English: foundation) in the world. The country claims to serve various purposes with biometric identification of its citizen, welfare delivery mechanism being in the center. The government also aims to ensure transparency and good governance with the Aadhar.

Aadhar is already the world’s largest biometric database consisting photographs, iris and fingerprint templates of around than 1.2 billion citizens of India. Aadhar is one of its kind program in the world when it comes to numbers and nothing comes closer if we talk about the scale. Being one of the most populated places in the world, collection of biometric data was a challenge in itself. Aadhar Card is a printed card without any security features. It contains a unique 12 digital ID given to each individual. The card does not have any security feature because the card alone is of no use. Online authentication of identity with live scan has to be performed if identity verification is required. Many private and government outfits have already started biometric based verification. The government has already mandated biometric re-verification of many services like bank accounts, mobile connection, insurance, investments, etc.

The Gambia Biometric Identification System (GAMBIS) claims to be the world’s first integrated Biometric Identity Management System. With this system, the government aims to capture biometric details for all citizens and aliens in the country. The project is being implemented and managed by the same agency which is responsible for issuing national ID cards, driving licences, work permits, etc. on behalf of the government of the Republic of The Gambia. The national identity card of the country has subject’s photo, thumbprint and other demographics of the card holder.

The Ukrainian government have started issuing biometric national identity cards which are also called “internal passport” or “passport card”. Being the part of the European Union, this was one of the requirements placed on Ukraine by EU towards implementation of a visa-free movement across the EU. These RFID chip cards are issued for 10 years and needs to be renewed before expiring. Minimum age to be eligible for the card is 16 years; however, they must be renewed upon turning 18.

Since September 21, 2009, Netherlands has made it mediatory to have subject’s fingerprint on ID cards, Dutch nationality certificates, and the passport. Applying for these documents will require people to have their fingerprint captured. Only children under 12 are exempted from the rule.

The Hellenic nation is set to issue new eID cards in 2019, which will be considerably smaller and securer than the existing identity document it will be replacing. The card will include a biometric photograph and other security features to protect it from forgery. The new card was considered after acknowledging the need of accurate identity verification amid increasing terrorist events around the world.

The government of France is set to incorporate biometric features in national identity cards, which will consist of fingerprint on a chip. The government is on its way to create a national biometric ID database of 60 million citizens. This database will help government unify its efforts of identity management in national interests. According to L’Express, the new database will hold an individual’s name, gender, date and place of birth, height, eye colour, address, photograph, fingerprints, e-mail address, and the names, nationalities, dates and places of birth of parents.

The Iraqi government has started making use of biometric technology to verify identity of citizens with a biometric national identity card or National Card, as the government calls it. The card is being circulated since January 2016, to replaced existing Iraqi citizen identity documents like Civil Identification Document and Nationality Certificate. It is also set to replace Residency Card in 2018, which is another government issued document. Citizens can use the single card for proving identity biometrically for various purposes. Being small (credit card sized), it is also convenient to carry it around.

Why people are sceptical about collection of their biometrics?

Collection of biometrics has always been a debatable topic. People turn sceptical about collection of fingerprints and other biometrics, even those who are least concerned about their privacy and unaware about how it can be misused. One potential explanation to this can be the historic usage of fingerprints. Historically human identification on the basis of their physiological patterns is extensively used in law enforcements, forensics and legal proceedings. Fingerprints were considered to be the most probable clue to be found at crime scenes so use in forensics and law enforcement was inevitable. In the early days, there was no technological advantage to do the job. This method of identification was all manual in its infancy and it was a mentally tedious job to extract all fine details of fingerprints and match it against existing ones.

These manual efforts led the way to evolution of biometric technology. Like all other aspects of human endeavours, technology assisted this way of personal identification and biometrics came to existence: A technology that enables identification of individuals with their unique behavioral or physiological characteristics.

Privacy advocates do offer some solid arguments against the collection and control of biometric data. Use of biometrics in government system may go out of control and can even be leaked to private outfits to benefit them. It can be misused by police and other law enforcement agencies to surveil people. Government often tend to outsource their functions and third party may not have appropriate data security countermeasures to protect biometric data of citizens. For example, India’s biometric identity programme has been criticised for not only violating privacy but also lacking sufficient data protection safeguards.

Yet, biometrics is the security we need

Despite all privacy arguments being not-so-in-favour of biometrics, it is a crucial need of the hour. Biometrics has proved to be securer and more efficient than traditional identification methods. Biometric applications have already been in use at the airports and border checkpoints to identify intruders, criminal and terrorists. National security agencies are increasingly deploying biometric applications that leverage behavioral as well as physiological modalities to gather intelligence and prevent terrorism and other anti-national activities. Biometric applications for law enforcement were aggressively deployed after September 11 attacks in New York. After these attacks, nations around the world are constantly focusing on prevention of such incidents rather than damage control.

The risks associated with privacy and security of biometric data can be mitigated with appropriate access controls and data protection methodologies.

Governments of many nations are in the process of implementing national biometric identity database that consists of biometric identifiers of all citizens. Increasing risk of terrorist attacks, criminal activities, anti-national activities and identify fraud lead nations to leverage biometrics for identification of people so that anti-social and anti-national elements can be isolated. Many countries like India, Gambia, Ukraine, Netherlands, Greece, France, Iraq, etc. have officially declared their intents of build a national biometric database.

Privacy risks and potential misuse of biometrics, however, makes a strong case for the argument against collection of biometrics for national identity database. Many privacy advocates and NGOs are opposing collection of biometrics. They often question the security of data in government system. They also doubt the government intents of usage of this data by police and other law enforcement agencies. Biometrics, however, have proved effective in identification of criminals and terrorists, illegal immigrants in border security.