Fingerprint vs. Finger-Vein: The Quest for Ideal Biometric Authentication

Finger veins, the tiny blood vessels inside your finger, are laid out in a pattern which is unique to every individual. Fingerprints have been used for more than a century now for identification. However, finger vein based identity recognition systems might soon surge ahead based on the unique advantages they offer.

In this article I will discuss how finger vein based biometric authentication technology is poised to give fingerprints tough competition in the race to be termed as the ideal biometric for authentication systems.

Biometric authentication: a comparison of fingerprint, finger vein and other modalities

When you need to gain access of a resource online or in person, then using your unique biometric measurements your identity can be validated. Biometric traits such as fingerprints, gait, face recognition, iris structure, retina etc. are all candidate technologies for biometric authentication.

Fingerprints recognition based systems, however, have a lead over other technologies. The primary reason for this early gain was that fingerprints themselves have been used by law enforcement agencies for more than a century for identification. So, the standards and measures for capturing and comparing fingerprints were well established much earlier than other biometrics. As a result, they became the natural first choice for computerized identity and access management systems.

Fingerprint vs finger-vein based biometric authentication

Let us now take a look at how fingerprint and finger vein based authentication systems work.

Fingerprint ridge patterns are unique for every individual. Fingerprint based authentication systems capture these intricate ridge patterns digitally and then determine whether the person presenting himself has access permission or not. Based on this decision, he is allowed to proceed or turned back where in he may be allowed to make another attempt at authenticating himself.

All the valid subjects, who have access to one or more areas in the institution being secured, get themselves enrolled in the system. There is a procedure established for enrolment wherein the subjects get their fingers scanned.

This step refers to the subject presenting himself for gaining access. He puts his hand on a fingerprint scanner. The scanner then scans his fingerprints and convert them to their biometric template equivalent.

Matching with the ones stored in the biometric database

Fingerprint based biometric authentication systems have started gaining quick acceptance due to their advantages over the access badge. Biometrics such as fingerprints cannot be stolen or misplaced like an access badge can be. One cannot lend a finger to a friend or colleague for buddy punching which is a common malpractice with access badges. It is very difficult, if not impossible, to forge a fingerprint. 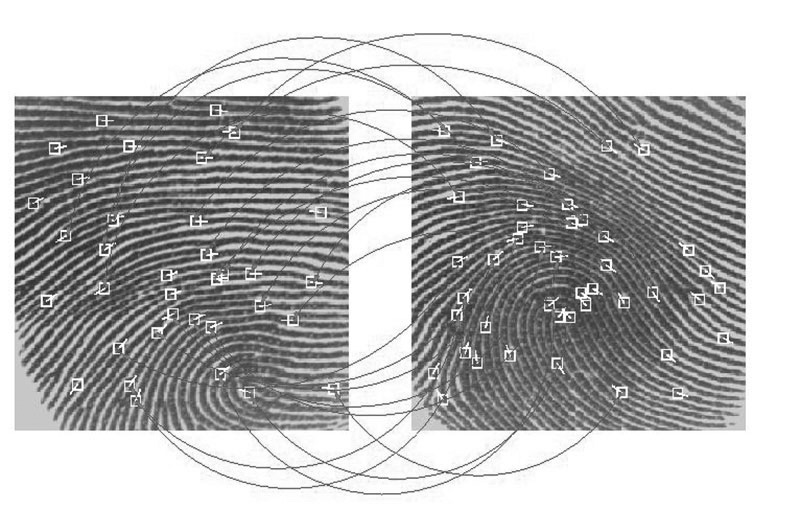 Most fingerprint matching systems are based on matching minutia points between two fingerprint images.
Learn More

Finger vein technology is similar in-principle with fingerprint technology. Both the technologies enroll subjects and store the finger print/vein patterns as biometric templates in database. This database is then used to authenticate subjects presenting themselves at the authentication points.

When an infrared ray image is captured only the blood vessel pattern containing the deoxidized haemoglobin are visible as a series of dark lines. Based on this feature, the vein authentication device translates the black lines of the infrared ray image, and then matches it with the previously registered pattern of the individual.

There is a however a key difference between the two technologies. Fingerprints are composed of ridge pattern on the surface of the finger. Finger veins, on the other hand, are sub-dermal or below the skin. Due to this reason finger vein image capture cannot be done using straightforward image capture as is done in the case of fingerprint scans. Instead a near-infrared light beam is shone on one side of the finger which travels through the finger and traces out or highlights the vein pattern. This vein pattern is then captured as an image on the other side of the finger using a special camera.

The sub-dermal nature of finger veins leads to certain inherent advantage in scanning them as opposed to fingerprint scanning.

Let us have a look at what are the advantages of finger-vein based authentication systems as compared to fingerprint based systems.

Since finger veins are sub-dermal, they are not affected by wet or dry weather. They are also unaffected by age related wrinkling. As a result, finger vein scans once used for enrolment can be used for the whole lifetime of the subject. However, fingerprint based authentication’s performance and accuracy is affected by age and weather conditions as fingerprints are located on the skin surface.

Despite the inherent advantages that finger vein based authentication technology provides over fingerprint based ones, its biometric template is of a bigger size than that of the latter. 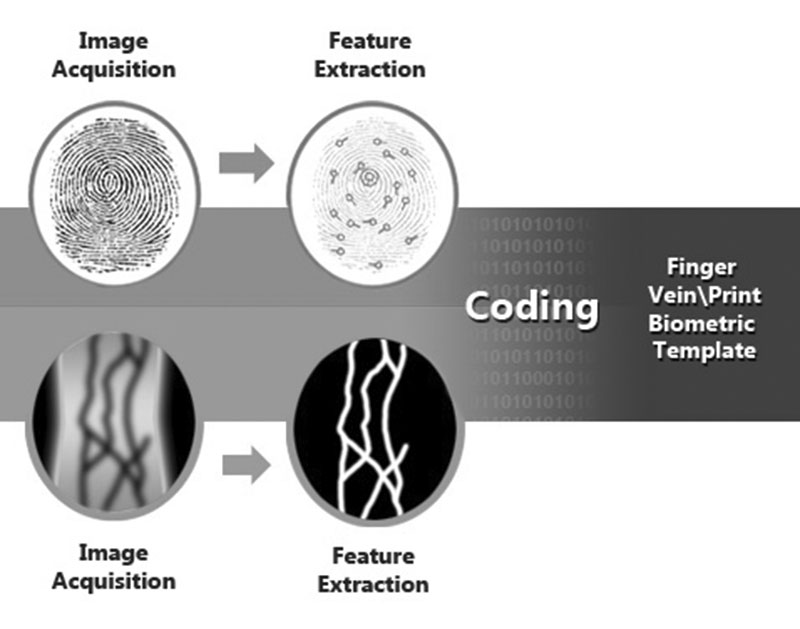 Individuals present their finger to the reader and the fingerprint and finger vein are read concurrently as a single operation. Finger Vein\Print technology combines two highly accurate and easy to use biometric technologies.

There is no doubt that finger vein based authentication technology has some inherent advantages over fingerprint based technology such as accuracy and non-invasiveness among others. However, the potential limitation of supporting only one of 1:1 and 1:N scanning in either of the two modes, has led to development of multi-modal fingerprint and finger vein simultaneous scanning devices. However, it remains to be seen, whether finger vein based scanners gain more popularity or hybrid scanners.