In the absence of adequate security measures, providing your fingerprint or other biometric data to an authentication system may result in undesirable consequences including biometric identity theft and all the concerns associated with it.

One potential solution of this problem is biometric smart cards, in which matching of biometric data takes place on the card itself, and you never have to give up your biometric details to perform biometric authentication of identification. 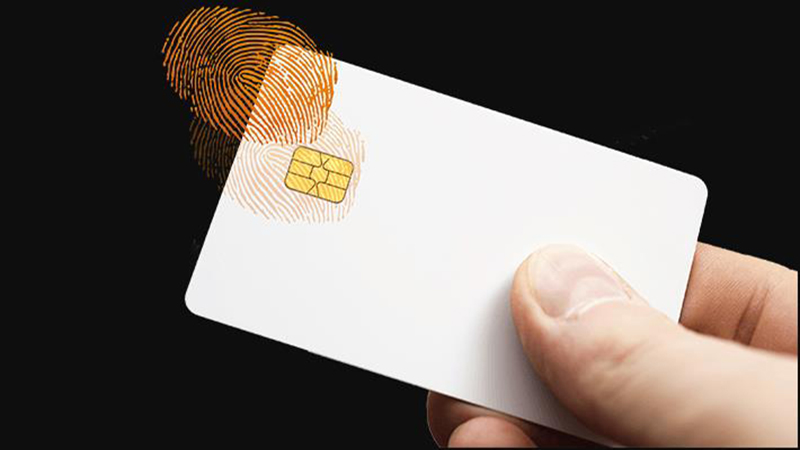 What is a biometric fingerprint smart card?

Biometric fingerprint smart card is a plastic card equipped with a microcontroller, which can store and process biometric and other user data internally. The microcontroller can receive requests from smart card readers and can verify identity or authenticate transactions. Biometric fingerprint smart cards can be of contact or contactless types, however, contactless smart cards are now more common, which come equipped with RFID. RFID enables the card to communicate with external devices (e.g. a card reader) wirelessly.

How does fingerprint match on card work?

Fingerprint match-on-card is an approach, in which biometric authentication is performed with the help of a biometric smart card.

Fingerprint smart cards do not come with any internal power source. They receive their inductive current to enable data transfer and processing from the smart card reader, and require very low power to do that.

The smart card microcontroller fingerprint chip executes a biometric comparison between the new scan and the already stored biometric data as per the algorithm used and reaches a decision (match or no-match), which is sent to the card reader.

What is a fingerprint chip?

FIPS fingerprint reader is a fingerprint recognition system that makes use of set of standards developed and published by the U.S. Federal Government, commonly known as FIPS.

FIPS (Federal Information Processing Standards) are the standards for information technology system for non-military use. These standards emphasizes security and interoperability among IT systems, specially in the cases where industry standards are not already in place. FIPS are developed by the United States federal government by making required modifications in already published standards from standardization outfits like ANSI, IEEE and ISO. 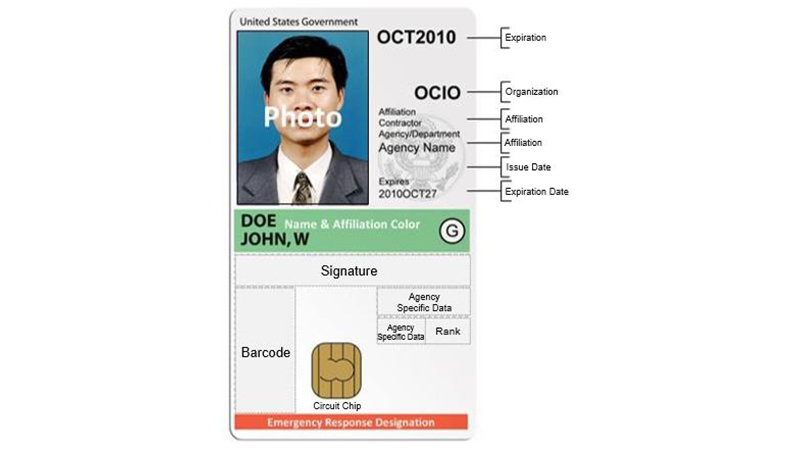 FIPS fingerprint scanners and smart card readers have to strictly comply with the standard laid by the federal agency.

Identification will be instant or at worse, it will take no more than a couple of seconds. But when the number of records increases on a biometric system, the time taken for identification also increases. When there are a large numbers of records (e.g. in billions), it may take several hours to find a match.

So performing biometric identification with the use of biometric identifier alone is not a good approach when the number of records are huge, to overcome this, people are allocated a unique number / ID to fetch their biometric record before performing the biometric authentication. But there can be a better solution: fingerprint match on card.

With fingerprint match-on-card, there is no need to remember any number or code as it can be stored on the card or generated by itself. Using a unique string for identification of the biometric record enables us to perform a 1:1 match. In large scale biometric identification programs, people are provided with a unique string so that their identity record associated with their biometric identifiers can be fetched for upfront 1:1 matching. It can otherwise be extremely time consuming to perform a 1:N match on the basis of biometric identifier alone, specially when there are too many records to lookup.

Employee time and attendance is an important activity in any organization which ensures employees are paid only for the time they have worked. Early time tracking at work were accomplished by keeping track of employee time on paper, where employees put their check in / out time along with their signature. This system needed someone to watch over, so that employees do not commit time theft by inflating their work hours. Human intervention was prone to errors and omissions as well as illegitimate favours, not to mention. It was also possible for someone else to do it on your behalf.

In biometric time clocks, employee fingerprints are first enrolled on the systems and then every time the employee checks in and out with fingerprint scan, the system logs the timing. A supporting application can import this data and calculate daily / weekly / monthly time spent at work and payroll can be generated.

Fingerprint match-on-card approach can also be leveraged for deploying biometric smart card access control. In business outfits and workplaces, access control is implemented with RF cards or biometric access control methods like fingerprint or face recognition. Use of RF cards is no better than using keys, you eventually have to carry something which can be lost or stolen and misused. Biometric based access control has already seen wide deployments in recent years and it continues to grow, though it has its own pitfalls.

When biometric smart card access control is implemented with face recognition, biometric facial details are capture with a camera present on the card reader. After capturing and processing details, it is sent to the card for matching with what is already stored. If it matches with the sample captured for authentication, authentication succeeds.

Today, a large majority of fingerprint recognition systems uses database based (match-on-server) approach. Be it a small scale implementation like office attendance system or a large scale deployment like biometric voter / civil ID, a database of biometric identities works like the central nervous system. Both match-on-card and database centric approaches have their own set of advantages and disadvantages, as discussed below.

Following are the applications that can be deployed with match-on-card biometrics: